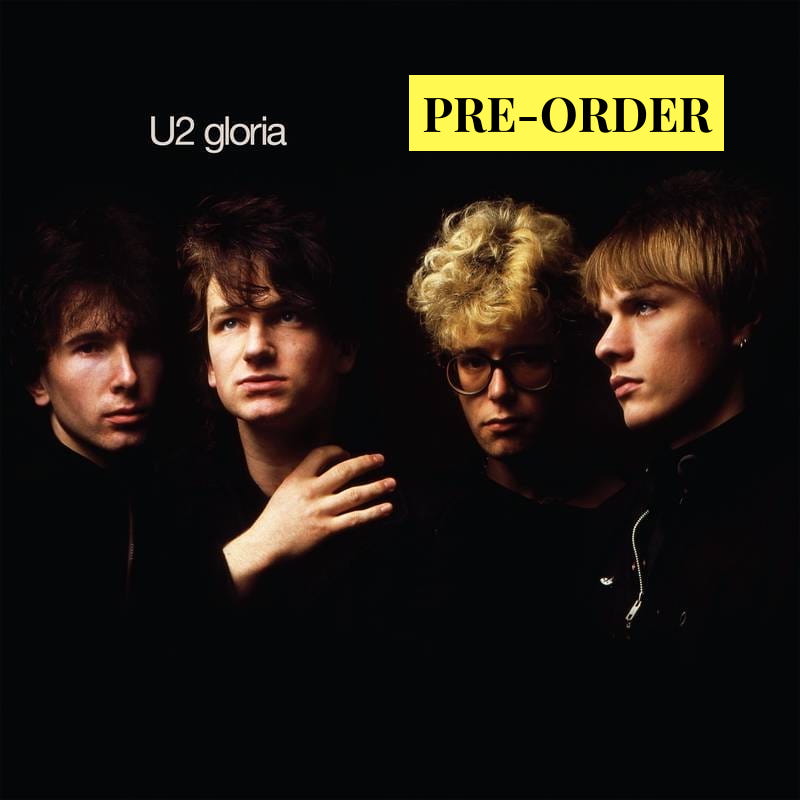 Celebrating the 40th anniversary of the U2 single “Gloria,” originally released in October 1981 as the second single from their second studio album, October. It has remained a staple in U2’s live set ever since. This limited edition 4-track EP includes the studio version of “Gloria” plus three live versions from three different decades. The 1990s are represented by the Point Depot show on the band’s home turf of northside Dublin. Although ticketed as December 31, 1989, the show started at midnight on January 1, 1990, and was broadcast across Europe at the time. Side B contains two previously unreleased live recordings of “Gloria” – one recorded at the Fleet Center in Boston during the Vertigo Tour in 2005, and at London’s O2 Arena during the third night of their run of shows in the English capital as part of the iNNOCENCE + eXPERIENCE Tour in 2015. Pressed on 180-gram, transparent yellow vinyl, and packaged in a full-color gatefold outer sleeve with high gloss finish, featuring portraits of the band. Also included in a large poster (600mm x 600mm, folded) with a montage of photos from the various live shows across the decades.