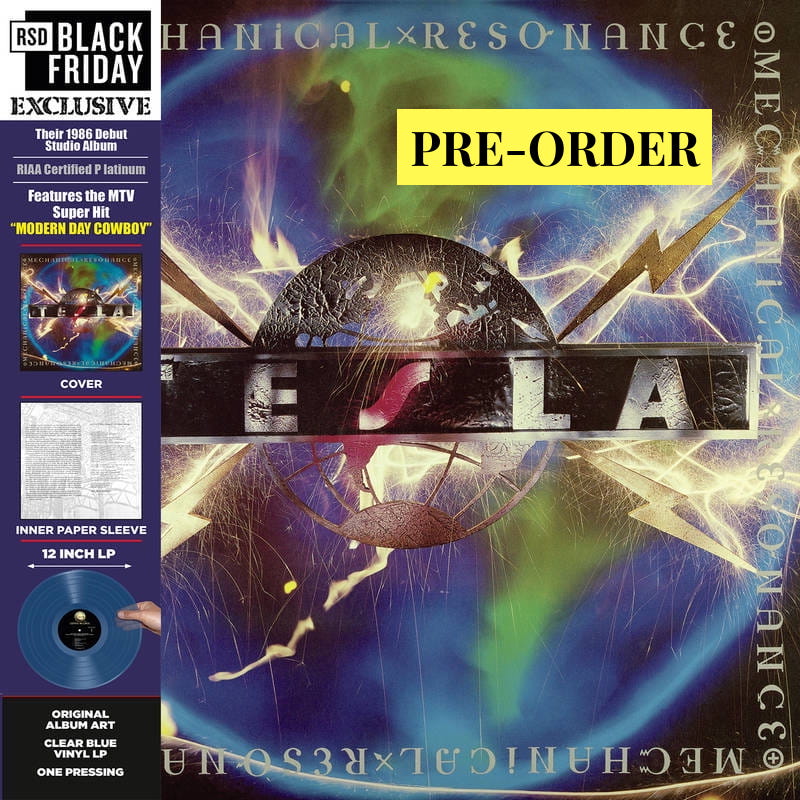 Out of print LP with NO new or used vinyl available. This is the FIRST reissue since its original release. Mechanical Resonance is the 1986 debut studio album by Tesla. The album was certified platinum by the RIAA. This deluxe package will include an OBI strip with the Black Friday 2021 logo, single cardboard album jacket, printed inner sleeve, orginial record labels and blue translucent color vinyl. It includes the mega MTV hit „Modern Day Cowboy” which rocketed the band to super stardom. Tesla/The Great Radio Controversy that we released by Culture Factory for RSD-Black Friday 2020 was a hugh seller for all stores.